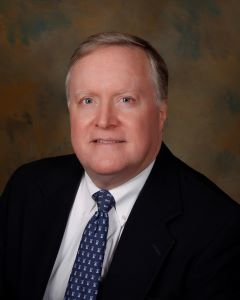 Robert M. McCarthy, Esquire, is a lifetime resident of Montgomery County, Maryland, and has operated his law practice here for over thirty five years.

After graduating from Gonzaga College High School, Mr. McCarthy attended the University of Maryland, College Park, where he earned a Business Degree in Finance.  He earned his Juris Doctor Degree from Potomac Law School in Washington, D.C.  Mr. McCarthy is admitted to the Bars of the State of Maryland, the District of Columbia, and the State of Georgia, as well as to the United States Supreme Court.

In law school Mr. McCarthy was editor of the Potomac Law Review and a member of the Moot Court Board.  He is admitted to all Maryland, D.C., and Georgia State and Federal Courts.  In his over thirty years of practicing law, he has handled thousands of cases in Courts across the State.  He has served on various sections and committees of the Montgomery County Bar Association.

Mr. McCarthy has been involved with civic and charitable associations, including Board Membership in the Calvert Institute for Policy Research, the Boy Scouts of America, National Capital Area Council, and the Bethesda Chevy Chase Rotary Club, as well as participating as a member of numerous other civic and charitable organizations.  He has a strong political background and is involved in several bi-partisan political issues.  Mr. McCarthy has received honors and awards for his community work, including Governors Citations acknowledging his commitment to public safety and the betterment of the community.

Mr. McCarthy is a prolific writer.  Besides columns in local newspapers, he has written various legal essays and contributes to other periodicals.  He has taught law as an adjunct professor at the Metropolitan College of the Catholic University of America and is a regular commentator on local media.

Personally, he is married to the former Lori Nelson, a master pianist and professional teacher, and has five children and two grandchildren.  Mr. McCarthy handles real estate matters, criminal and civil matters, estates, and adult guardianships.   Mr. McCarthy can be reached at (301) 654-3730 or LawOffice@RobertMcCarthyLaw.com.